"My girlfriend looks good, but she could look better."

Last night I spotted this post on LuAnne's facebook and just had to share it here and on my facebook page. A viewer wrote this statement to stengthcamp on YouTube: "My girlfriend looks good, but she could look better if she went to the gym and worked out." This was the most riveting and impactful part of Elliott's response:

"The strongest version of each one of us is a purely subjective and unique expression of the Universal Strength (that's my name for God). And for you to impose your imagination of what is defined as sexual in moder, contemporary, typically western society with fake, plastic surgery, body parts added to you, nipped and tucked creatures has nothing to do with the reality of sexuality. Those are commercial products. What you might imagine she should look like, beyond what beauty God has already expressed through her, is a commercial product. And, it's one that's been embedded in your mind through Barbie dolls and commercials on television... It has nothing to do with real sexuality. But, if you want to be a narcissistic f*** about the type of women you want to have sex with or be in a relationship with, then go find one or make one perhaps.


When you fall in love with a human being, it's their heart, it's their soul, it is the expression of strength through them that you fall in love with. You're only responsiblity is to support them in becoming the strongest version of themselves. Support them in fulfilling their unique capacity and not imposing your idea of what they should have, be, look like, or any of the such."

How do you feel about Elliott's response? 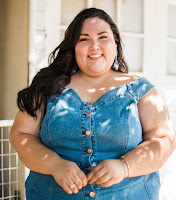 This site uses affiliate links, which may generate a small commission when items are sold. Sponsored posts will always be disclosed as such. Products received for consideration will be disclosed in posts where they appear. Opinions are always honest and my own.